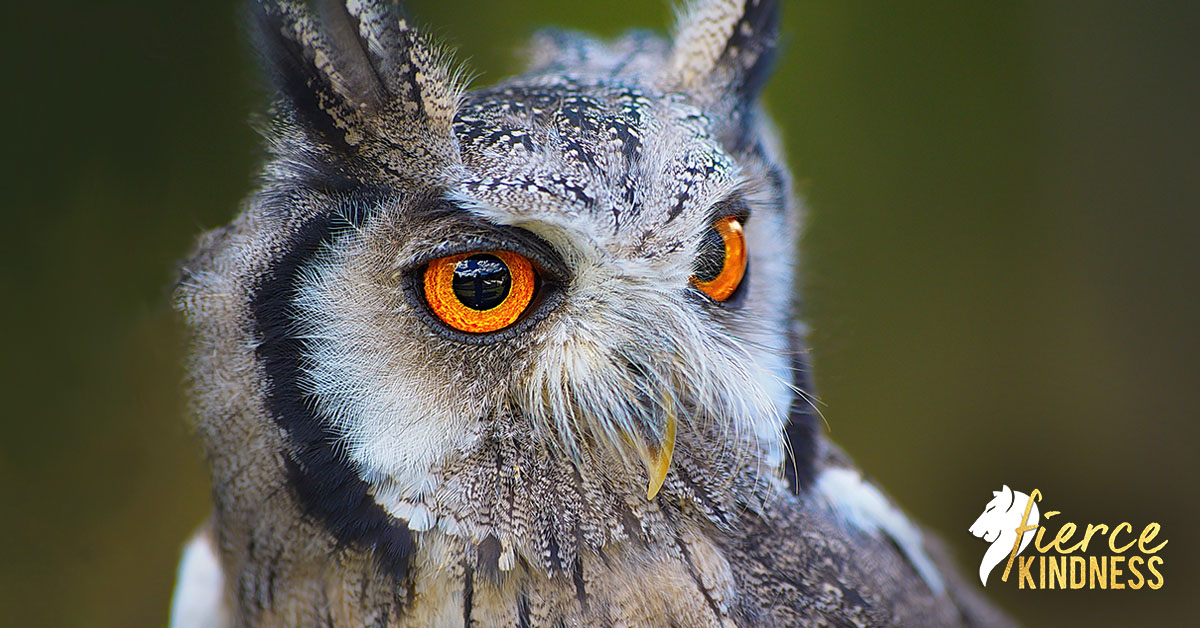 This month, we’re taking a look at quotes from a cultural anthropologist and all-round feisty woman, Margaret Mead.

While anthropology is the study of humans, human behaviour and society both in the past and currently. Cultural anthropology looks at societal values, norms and cultural differences and development.

So, below you’ll find a short history of Margaret Mead, followed by 21 quotes and finally, a short Fierce Kindness practice exercise to grow from the quotes which I hope will “speak to you”. Enjoy! 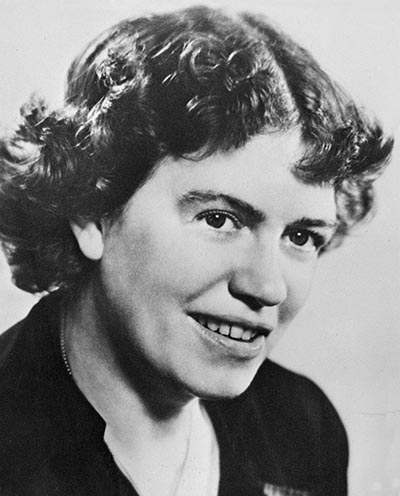 Who is Margaret Mead (and why should we care)?

Margaret Mead was born in Philadelphia in the USA in 1901 – the eldest of 5 children (although only 4 survived to adulthood). Her father was a finance professor and her mother was a sociologist who studied Italian immigrants.

While Margaret died in 1978 of pancreatic cancer, she contributed (some say defined) the field of cultural anthropology. She was posthumously awarded the Presidential Medal of Freedom in 1979.

Margaret married – and divorced – 3 times, and had one child, Mary Catherine Bateson, who also became an anthropologist. Later in her life she was romantically linked with anthropologist Rhoda Metraux with whom she worked and lived from 1955 until she died.

From her Wikipedia entry – here’s the career stuff (which I’ve turned into bullets for easy reading):

But for me, when I read Margaret’s quotes, and anything about her life, I see a woman way ahead of her time. I see someone who followed her passions, challenged existing beliefs and made a difference in a predominantly white, male world.

For example, before she was twenty years of age, studying at the famous Barnard College (which interestingly was founded in New York in 1889 by Annie Nathan Meyer – because Columbia University refused to admit women), Margaret Mead was already finding her anthropology studies unsatisfactory. She is quoted as saying that it was caught up in “the stupid underbrush of nineteenth century arguments” – and if this article which I loved is correct she also believed anthropology to be, “tarred by white supremacy”.

I love her already!

Then, after meeting the trailblazing anthropologist Franz Boas – who was suggesting that human behaviour might boil down more to culture (nurture) than nature (our biology), Margaret changed her thesis topic and set off alone, at the tender age of 23 to travel half-way around the world and study native Samoans in adolescence. This was in the mid 1920s. 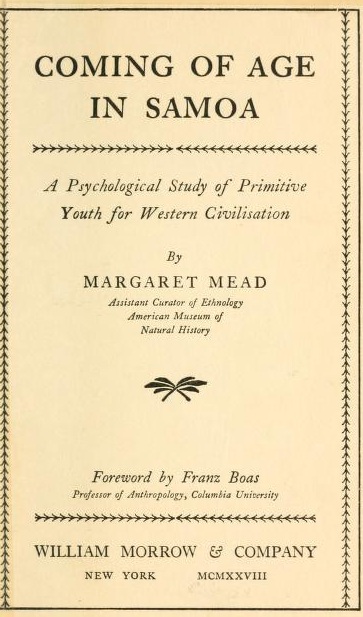 While Margaret was disparaged for choosing to study “children and women”, she followed her heart – and mind. And Margaret’s work changed the world.

She quashed the ridiculous notion that native tribes are “backward” and showed that it was culture – or how we are raised – that informs our behaviour, as well as our social practices.

She wrote her most famous work, Coming of Age in Samoa: A Psychological Study of Primitive Youth for Western Civilisation in 1928, and Sex and Temperament: In Three Primitive Societies in 1935. There is also an autobiography I have on my wishlist, Blackberry Winter: My Earlier Years. And there are many, many more books and writings.

In her work, Margaret not only showed the importance of nurture, but importantly she shook up the industrialised world when she wrote about a culture where women were dominant (as opposed to men). Her work contributed to the sexual revolution of the 1960s – especially her writings which showed that male and female gender characteristics are heavily impacted by society and cultural conditioning.

Throughout her life she challenged norms, and also explored the themes of education, nurture and how to create positive societal change.

There’s so much to this fascinating woman who threw caution to the wind and changed the world.

Which of course leads me to the quotes…

Here are 21 of my Favourite Margaret Mead Quotes: 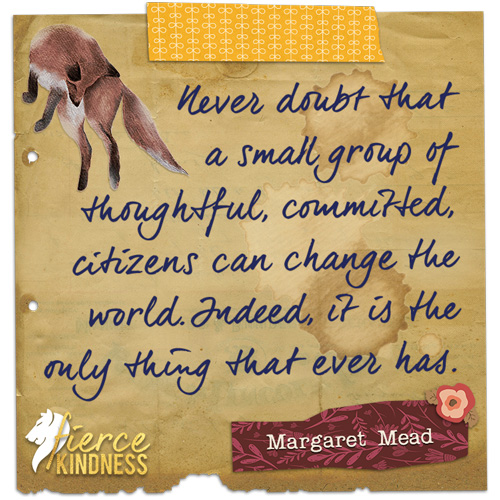 Margaret’s most famous quote is probably this:

Never doubt that a small group of thoughtful, committed, citizens can change the world. Indeed, it is the only thing that ever has.

And in her quotes, you’ll see that she has a lot of opinions about children, education and growing up, as well as the idea that change starts with us…

Which quotes most speak to you?

I hope you enjoyed these quotes and this fascinating and daring woman.

And if you’re looking for some fun reading, there is a novel, Euphoria by Lily King, which is loosely based on Margaret’s life (including a love triangle) while in New Guinea.

So, as we think about Margaret Mead’s legacy, remember the 3 key elements of Fierce Kindness:

If you liked this Margaret Mead quotes article, you may also like:

Which was your favourite quote? Do you have one that I missed? Comment below!