Is it any Wonder Men Think they Know Best? 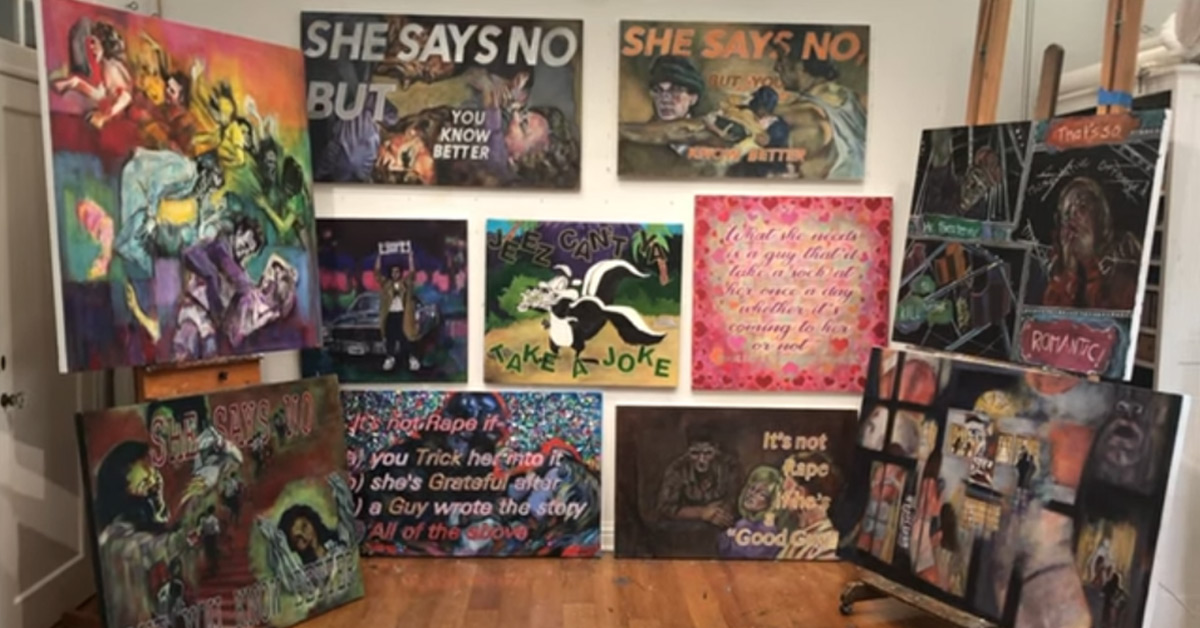 OK, here’s the thing. I was supposed to be continuing to write my Earth Day follow-on series this week. But something else grabbed my attention and wouldn’t let go…

And let’s get something out of the way: in case you hadn’t already realised, I am a feminist. And I hope that you, regardless of your gender, are also a feminist—simply someone who believes in equal rights and respect for women…

Trigger warning: I do talk about sexual assault and abuse of women in this article. At a high level and not in detail, but if this is an issue for you, please STOP READING NOW.

So. Last week I finished reading a memoir by Rebecca Solnit, Recollections of my Non-Existence. In it she describes her experience of growing up, never feeling safe. She shares examples of where her and other women’s voices were silenced and dismissed. And she also talks about how many the rape and murder of women-based TV shows and movies that were (and still are) on television. How it’s glorified. And disturbing. And normalised as entertainment…

And then this week I watched Daena Title’s “Indoctrination in the Dark” Artist Statement (24 mins).

Through a series of 11 paintings Daena explores 11 movies with plots that subjugate women for entertainment. Where women are groomed for rape, manipulation and/or sexual assault.

These are are popular, famous movies where violence and oppression of women is part of the story lines. And in these movies the men ignore the discomfort and/or protestations of the women. And then proceeded anyway. Worse, the women are shown to have enjoyed it afterward (because the man always knows best).

And here’s what wouldn’t let go:

The entertainment that we (of all genders) watched growing up, grooms women for sexual assault and harassment. It teaches women to accept it, keep quiet, go along, not cause a scene.

But worse. It teaches men that THIS IS OK. And worse still, that this is normal. So normal in fact as to be unremarkable… 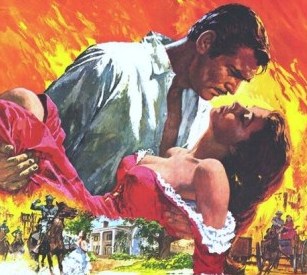 Perhaps you think I exaggerate? Well, did you know that:

To add one of my own, I watched MegaMind (a 2010 DreamWorks feature length cartoon) with my nephews (then aged 9 and 11). It totally normalises stalking a woman. I remember being really angry about that one.

And none of these movies are X-rated. They are all things children can—and have watched…

Most men fear getting laughed at or humiliated by a romantic prospect while most women fear rape and death. Gavin de Becker [in his book The Gift of Fear: Survival Signals That Protect Us from Violence]

So, I urge you to watch Daena’s artist statement

I urge you to watch it with friends, and importantly, your husband, sons and boyfriends.

AND. If you are a man. I particularly urge you to watch this. To take a deep breath and see the truth. Because even if you did not internalise the messages in these movies, you know men that did.

Why it matters so much

Well, other than the obvious, Daena Title says that it was Brett Kavanaugh’s (US) Supreme Court confirmation hearing “where he himself cited these movies and their influence on him as a teenager” that inspired her to create this artwork series.

She asks us to consider that the men (and women) in power right now all grew up watching these movies. That this kind of behaviour is so normalised in our culture that perhaps Brett Kavanaugh really didn’t remember what happened that night with Christine Blasey Ford—because it was nothing remarkable…

Perhaps this is partly why Donald Trump doesn’t understand that grabbing a woman’s “pussy” is unacceptable. Or why Clarence Thomas thought there was nothing wrong with making sexually suggestive and coercive remarks to his female staff. Or how countless people in power (of all genders and whether it’s in the movies or corporations or politics) think it’s OK to force themselves on someone else.

Because we ALL grew up watching these movies!

So is it any wonder that:

… in practice the standard for what constitutes rape is set not at the level of women’s experience of violation but just above the level of coercion acceptable to men. Judith Lewis Herman [Professor of Clinical Psychiatry at Harvard University Medical School]

So what do we do?

Fierce Kindness is about kindness and courage. But unlike other self-help websites, we’re also about taking action to improve the state of our world. We recognize that we can’t be truly happy unless we’re doing something about the things in our world that bother us.

So, when we see something wrong in the world like this, we don’t stick our head in the sand. We can take fiercely kind action like:

Watch “Indoctrination in the Dark” here >>

In this article we looked at the normalisation of violence against women, especially sexual violence and coercion. The women affected in these movies are all white. And this is largely due to racism (both then and now).

So, although it’s not the theme of this article, I also want to acknowledge that women of colour have a much harder time than white women. They are believed less and taken advantage of more. And, obviously, just because they are not included in this artist’s art doesn’t mean they’re not impacted. Assume instead that they are impacted more.

As I often say, we have more power than we realise—especially when we group together.

It is STILL not a safe world for women. And whatever gender you are, you are needed to make a difference. And men are essential as allies, to speak up!

We must all remember that our silence can conveniently be taken as agreement or acceptance. There is power in letting people know that you see things differently!

What will you do?

Share your thoughts—or movies that disturb you—in the comments below!

Change the world. Start with you!

If you liked this article, you may also like: