An Introduction to The Inner Critic: Mine and Possibly Yours Too… 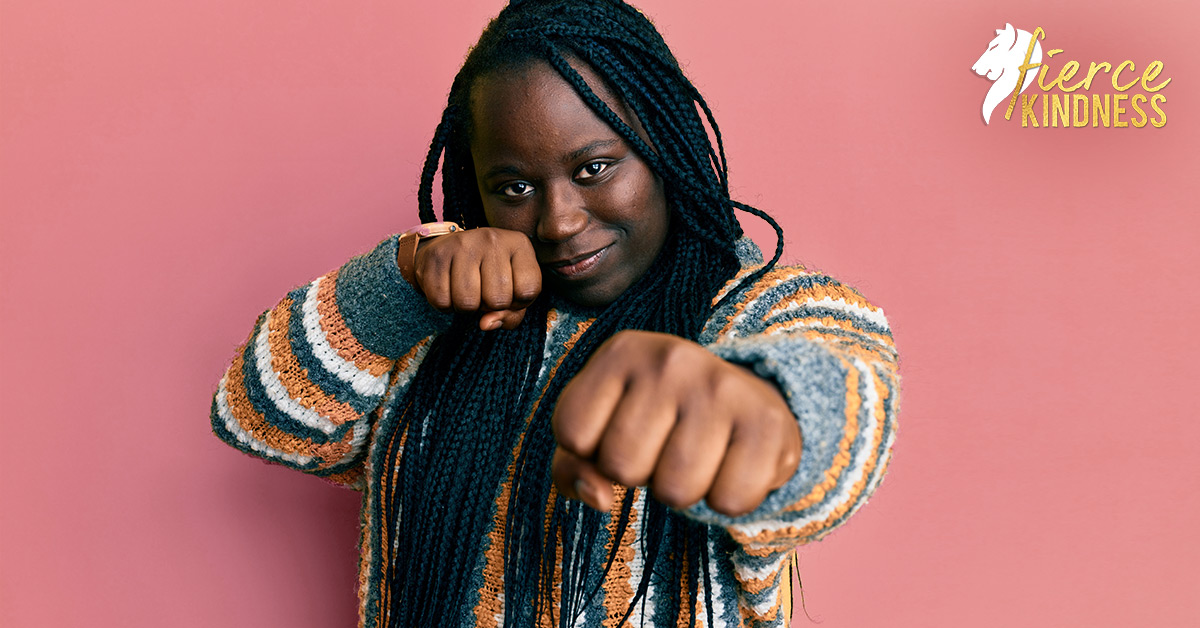 Did you know that the inner critic is why Fierce Kindness Exists? So it should be no surprise that one of the topics I’m most passionate about.

This is the first in a series of Inner Critic blog posts! In this introductory article I share how our critic is formed, and with this understanding what we should do instead of the usual techniques, plus some of my own personal experiences with the critic for context.

Your critic is simply a survival mechanism

We’ll get into this in more detail in subsequent articles, but the critic is formed when we are young as a survival mechanism.

As children we know that we need our parents and caregivers—or we’ll (literally) die. So we learned to keep adults happy with us…

…by developing an inner critic that helped us avoid upsetting our caregivers, to be ‘good’, stay safe and loved.

So, part of our inner critic work involves stepping into ourselves as adults—taking a fresh look at what’s really going on, and letting go of those childhood-logic false beliefs.

I tried so many ‘inner critic’ techniques…

I began to journal in 2005. And as I got deeper into journaling I began to write out conversations with different ‘parts’ of myself. This unfolded naturally as I experimented with different ways to resolve my inner conflicts with the critic.

So it was journaling that helped me see that I had this part of me—that wasn’t ME—that was constantly criticising, judging, blaming and finding fault. Not only that, but I discovered it was abusive. Vicious. Mean.

Here are just a few of the many techniques, tools, resources I tried to ‘overcome’ my vicious critic:

And as I read and taught myself more about psychology, neuroscience and therapy techniques I eventually found many things to help that worked in the moment or in the short term.

I now have a meditation and mindfulness practice, lots of visualisations and fun tools to play with, and of course I continued my journaling conversations.

But my critic remained. Yes, I got better at noticing and negotiating with it. But it wasn’t going anywhere.

As I journaled with my critic I began to see a pattern: my inner critic was scared. Sometimes terrified. And when I didn’t listen it would try anything and everything to get me to pay attention. Starting with a nagging feeling, it would turn to abuse and finally panic if I didn’t pay attention.

What I eventually learned is that our critic is really just a scared child, with outdated beliefs—and limited tools for expression.

This is literally how Fierce Kindness was born

First, I realised I needed to be kind, and not to lose my temper or get frustrated with my critic. As I journalled with my critic I began to play the role of a “kind, wise self”.

But deeper still, I learned that for a entrenched critic, kindness on its own is not enough.

I learned that once our critic is active and has hijacked our nervous system it’s really hard to get it to pay attention. And as our body responds emotionally to the criticisms and judgements, it can be really hard for us to feel strong, connected and powerful.

So while I was endlessly kind to my critic, I found that the tirade and abuse would often continue.

I hope you enjoyed this intro to the inner critic. And we’re going to look at all of this in more detail in future articles (and eventually a course, which I’m working on!).

Fierce Kindness is a way of being that I learned after trying many, many other techniques to manage my critic and feel better. And while I have a number of short term ‘in the moment’ tools (which I am happy to share), learning to embody Fierce Kindness is the only tool I’ve found for lasting improvement and change.

Wouldn’t it be nice for you (and your critic) to be able to just relax? Are you ready to begin this journey?

In future articles we’ll explore the critic in more depth, looking at things like:

I’d love to hear your thoughts (or answers to the homework questions) in the comments below.

If you liked this article on the Inner Critic, you may also like:

Change the world. Start with you!